At the head of a youthful movement, En Marche!, Macron wants to “re-forge France`s politics, culture, and ideology”

People in France voted on Sunday and Macron is the winner with Le Pen as a strong nr 2. Both are the winners in the first round of the election, and the winner in the second round will be the next President of France.

How in the world is it possible that two outsiders are the biggest winners? Macron is only 39 years old and no longer a member of a political party. Wow. He was unknown barely two years ago. Never elected and he defines himself as neither left or right. And he can be the next President of France? 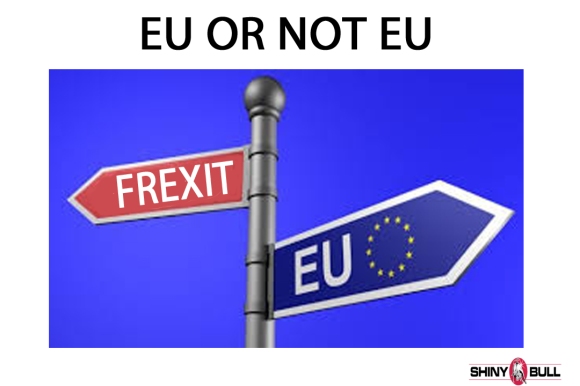 There is no doubt. People have spoken very clearly. The want a change. Something different. Something new, and that`s exactly what Macron is. Not something from the same old stuff. He is something new. Not ordinary politicians.

Former President Barack Obama`s slogan was back then «Yes we can», «Change versus more of the same», Vote for change, Change we can believe in, Stand for change, and the list goes on. People voted for Obama because people wanted change. Not only that; he was the first black President.

The same can be said about President Donald Trump. People voted for a human being. Not a politician. It seems like people don`t trust them anymore. They wanted something new in the U.S. So is it in France at the moment.

Macron like to present himself as the energetic outsider. So is it with Donald Trump. He often talks about energy. Macron also determined to break what he calls the «complacency and vacuity» of the French political system.

At the head of a youthful movement, En Marche!, Macron wants to “re-forge France`s politics, culture, and ideology”.

Economically, Macron is liberal and pro-business, and he says he is «of the left», but keen to unite people from across the spectrum, including the right. In the hands of a political establishment interested only in self-preservation, he has said, the system «has ceased to protect those it should protect».

Macron studied philosophy, is the son of a doctor and a neurology professor. He bought himself out of his government contract and joined Rothschild & Co, reportedly making around €2m as a thrusting young investment banker, before being appointed a senior adviser by President Francois Hollande in 2012 and two years later economic minister.

Macron resigned in summertime 2016 and launched his campaign in November. Only six months later, he is on the way to Elysèe Palace.

France has been struggling for a long time now with a high degree of inequalities, unemployment, and ongoing terror threat. What is all this compared to the French Revolution I wrote about one year ago? Macron and Le Pen are not left or right candidates and the established parties of left and right are out of the game.

The established parties are humiliated for modern French party politics of left and right.

People need to vote again in two weeks time, and Macron or Le Pen will be the next President of France. It`s up to the people in France on 7 May.

France is a beautiful country, but have a lot of trouble like inequality, unemployment, social divisions, and terrorism.

They also have a ruling elite with a strong sense of entitlement. Le Pen wants to get out of the European Union, so Macron is the only way to open up to the change of progressive, liberal and pro-European reform in France. So, this is not only about France, but also about Europe and the European Union.

People in France still have a job to do and they must finish the revolution that has been going on for a while now.