So far this year, Facebook is down -2,0%. Yesterday, Mark Zuckerberg launched the new report FQ4earnings, and after that, the stock jumped 12,4% in after hours trading. That is pretty good for a stock that everybody predict will die like a virus and lose about 80% of its users by 2017.

Researchers at University College London stated that Facebook is «dead and buried». The teenagers has escaped and Facebook is not cool anymore. The fact is that Facebook has grown its EPS and revenue last eight quarters, and they have 847 million active users.

Facebooks fourth-quarter revenue topped analysts estimates. Revenue rose 63% to $2,59B. Mobile promotions generated $1,25B and accounted for 53% of advertising revenue. Previous quarter was $49%. Mobile is the key for Facebook, so I think it`s going to be a great battle between Facebook and their competitor Twitter in the future.

Net income rose to $523million, or 20 cents a share. That`s up 17 cents a share from a year ago. As an educated marketer, I will follow both Facebook and Twitter for their battle on the digital-ad market. Twitter will release their first earnings as a public company feb 5. We look forward to that.

It is expected that Facebooks market share will rise to 9% by 2015, while Twitter will grab a 2% share. Facebooks average price of ads is up 92% from a year ago. It will be more quality ads instead of quantity ads. Next week they will celebrate 10 year. Happy birthday.

If the teens have gone from Facebook, where are they? They are on Instagram, and the number of people on that platform is truly remarkable, but right now they don`t have any data for this teen engagement. Facebook is the owner of Instagram.

Last year Facebook offered $3 billion to acquire Snapchat Inc. This platform is also very popular to teenagers. It`s understandable that the younger teens aren`t using Facebook`s website anymore. They have so much other alternatives.

Facebook is not only Facebook. It`s Instagram too. Instagram is growing and has doubled its user base. This mobile photo-sharing service company have 180M MAUs, and that`s pretty good compared to last years 90M MAUs.

Mark Zuckerberg says Facebook is planning to launch several new apps in 2014. They will develop more standalone mobile apps with great new experiences that separates from what you think of as Facebook today.

Facebook Messenger had a 70% growth in the last 90 days. North America still accounted for 47% of the revenue in Q4. Last month, they sold $3,85 billion of shares in a secondary offering. That is Facebook`s first share sale since going public. The stock more than doubled last year.

Holidays starts tomorrow to mark a change in the Chinese zodiac calendar from the snake to the year of the horse. On a day like this, many Chinese people buy gold as a gift and the demand is rising. As you know, the Chinese economy is growing fast, and so are the demand for jewelry, bars and coins. It rose 30% last year, and that is the highest of any nation, World Gold Council data show. Net imports of bullion from Hong Kong more than doubled last year. 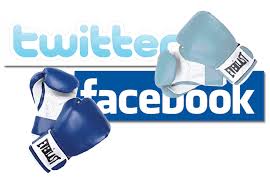 Disclaimer: The views expressed in this article are those of the author and may not reflect those of Shiny bull. The author has made every effort to ensure accuracy of information provided; however, neither Shiny bull nor the author can guarantee such accuracy. This article is strictly for informational purposes only. It is not a solicitation to make any exchange in precious metal products, commodities, securities or other financial instruments. Shiny bull and the author of this article do not accept culpability for losses and/ or damages arising from the use of this publication