Don`t panic if you think that the price of Apple Inc is down -85%, because it isn`t. It`s just your brokers fault. They have not changed the amount of shares as they were not prepared for the coming share split as we all saw in Apple Inc. 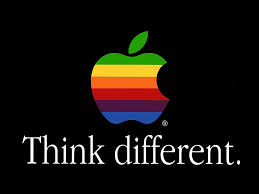 This is happening many times and I have seen that in stocks I have owned many times. So, what is going on here? Apple stock is cheaper because its 7 for 1 split went into effect. The Apple`s share price is back to a 2006 level, trading above $100.

In a traditional 2 for 1 split, all owners of common stock have their share counts doubled while the price is simply cut in half. Shares are now worth half as much as they were before, but there are twice as many available and the percent ownership of each shareholder is unchanged.

Most of the data surrounding stock splits seems quite bullish. In a study by Dr. David Ikenburry of Rice University, he found that stocks which split 2-1 on average outperformed the control group he created by 8% after a year and by up to 12% after three years. The study looked at stocks between 1975 and 1990.

Dr. David Ikenburry did another research including data from 3-1 and 4-1 splits and found that the results from 1990 to 1997 were practically identical to the findings from the original study. A study from 2003 from the Chinese and City Universities of Hong Kong and the Hong Kong Polytechinic University corroborates Ikenburry`findings with similar evidence from the stock market in Hong Kong.

The reason why stocks is performing better after a stock split is probably because they become more affordable to smaller individual investors. They simply look cheaper. People are probably not willing to sink $600 into a single share of Apple, but they may be amenable to spend $400 on 4 shares after the 7-1 split. It`s more a psychological thing.

The Wharton School of Business found that institutions have increased their percent ownership in stocks from 34% in 1980 to 67% in 2010, and its widely believed that institutions like mutual funds are less perceptible to psychological biases like a lower sticker price than non-professionals.

Ikenburry belive that the stocks perform well when they split because the split itself is a signal of bullish sentiment from management. Apple hasn`t had a new product catalyst to ignite its fundamentals since the iPad was released in 2010.

This year CEO Tim Cook has promised several new types of products and that may be the reason Apple`s management has the confidence to split the stock. What could be worse for a CEO than taking a high value stock, splitting it into pieces, then see the face value fall even further sending investors into a panic?

Apple`s acquisition of Beats Electronics can make the stock go higher, but I don`t understand that Apple was so interested in their headphones. They could make their own at a cheaper price. Dr. Dre must, for all i know, have another plan with a new product we don`t know yet.

The music streaming business can be a good business, but so far it isn`t. They may be changing the strategy to make the $3 billion acquisition of Beats a boost and give Apple new income. Anyway; the acquisition of Beats Electronics is a sign of things to come. They have competitors. Google`s Youtube is the world`s largest music streaming service, and Youtube disclosed that 40% of its total users are coming from mobile devices.

What is a stock split?

A stock split is a corporate action in which a company divides its existing shares into multiple shares. The number of shares outstanding increases by a specific multiple, the total dollar value of the shares remains the same compared to pre-split amounts, because the split did not add any real value.

The most common split ratio is 2-for-1. This is called «forward stock split», which means that the stockholder will have two shares for every share held earlier. Apple have a 7-for-1 split, but there are number of «groups» impacted by the split.

So, what is the point of doing that? They might have other things to do. Well, first of all, a split is usually undertaken when the stock price is quite high, making it pricey for investors to acquire a standard board lot of 100 shares.

If Company A`s price per share was $100 each, you would need to pay $10,000 to own 100 shares. If the share price was only half of that ($50), then you need to pay $5,000 for 100 shares. Second, the more shares a company have, the greater the liquidity for the stock, which facilitates trading and may narrow the bid-ask spread.

As you can see, the market cap is unchanged, but a split can often results in renewed investor interest, and that can have a positive impact on the stock price. Stock splits in blue chips companies like for example Apple and Google are a great way for the average investor to accumulate an increasing number of shares.

Many of the best companies routinely exceed the price level at which they had previously split their stock, causing them to undergo a stock split yet again. I have been following Amazon.com since its start in late 90`s.

I see three splits in the Amazon.com stock split history database. The first split for Amazon took place on June 02, 1998. This was a classical 2-for-1 split. It means for each share of Amazon owned presplit, you now owned 2 shares. For example; a 1000 share position pre-split, became a 2000 position following the split.

The second Amazon split took place on January 05, 1999. This was a 3-for-1 split. For each share of Amazon owned pre-split, you now owned 3 shares. For example; a 2000 share position pre-split, became a 6000 position following the split.

The third split took place on September 02, 1999. This was a classical 2-for-1 split, meaning for each share of Amazon owned pre-split, you now owned 2 shares. For example; a 6000 share position pre-split, became a 12000 position following the split. I remember all the splits very good.

It was exiting and it was in the beginning of a new era in the tech stock history. Keep in mind that when they split the stocks, the market cap is the same, but the number of stocks is changed, which means you own more shares, but the shares are valued at a lower price per share. Very often, we that a lower price for a stock can attract a wider range of buyers. And here is the interesting thing; when the stock price goes down, the demand for the stock is increasing. This means of course that the market cap will rise which is good for the company.

As always in the stock market; you can`t only look at only one metrics. You have to look at the underlying fundamentals of the business. Looking at the history of Amazon, an original position size of 1000 shares would have turned into 12000 shares today.

Google made its split because they want more control over the company and shares. You have different share classes in Google, and all of them have different prices. You can see Google, Google A and Google C when you search for the stock.

Many investors are wondering if Apple`s split will mark a peak in its shares as both Google and MasterCard declined after its two share classes split. You can`t compare Apple`s split to Google`s split, because of its different share classes, as one of which had no voting rights, so each class really became its own separate trading vehicle.

Right after the split in Google, the shares declined, but that was because of a poor earnings report and not because of the A class shares in Google. I just wonder if Apple will move into the Dow after this split?

The record date: June 2, 2014 – determines which shareholders are entitled to receive additional shares due to the split.

The split date: June 6, 2014 – shareholders are due split shares after the close of business on this date.

The Ex date: June 9, 2014 – the date determined by Nasdaq when Apple common shares will trade at the new split-adjusted price.

This split means that six additional shares of stock are issued for each share in existence on the Record date, June 2, 2014. The number of shares outstanding will be multiplied by seven and earnings per share will be divided by seven.