Vladimir Putin has been a president in Russia for two decades. He was elected for the first time in 1999, which is the same year the EU started with its own currency. Last year, Putin was reelected to another six-year term and some people say he can be a president as long as he want.

But that was then. Now, he`s popularity has plunged 17 percent which is the lowest since 2012. The trust in Putin dropped because he signed a controversal law on pension reform, and was not a popular decision among the Russian community. 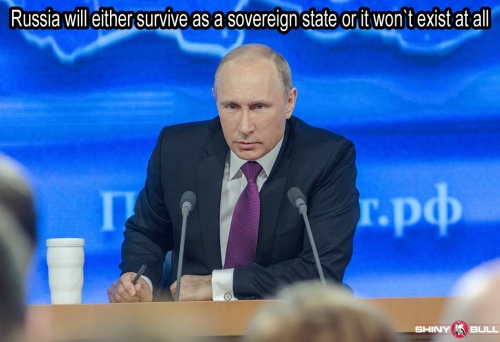 Russian President Vladimir Putin has delivered his annual state of the nation address to parliament, and he said their missiles will target the United States and not just countries where their missiles are stationed.

He not only issued fresh threats against the United States, but also promised to increase social benefits to raise living standards. More than one in five Russians are living in poverty according to a research liked to Kremlin.

This is similar to the yellow vest protesters in France where a nationwide protests in Russia broke out last year over the government`s plans to raise the age of eligibility for pensions. But there is a big difference between France and Russia.

Putin emphasized the need to combat poverty, saying that 19 million of Russia`s 147 million people live below the official poverty line currently the equivalent of around $160 a month. A november 21 report revealed that 22 percent of Russians fall into the «poverty zone,» meaning they are unable to buy anything beyond basic staples needed for subsistence.

About 200,000 kids are still going to schools where there is no heating, running water, or indoor plumbing.

So, the poverty line goes straight up while Putin`s popularity goes down.

Russia are struggling with the economy because they still faces international sanctions for its annexation of Ukraine`s Crimean Peninsula in March 2014, as well as its support for separatists in eastern Ukraine.

Elsewhere, Putin said a railway link to Ukraine`s Crimean Peninsula, annexed by Russia in 2014, will start working this year.

Putin repeated Russian assertions that the U.S withdrew from the 1987 Intermediate-Range Nuclear Forces (INF) Treaty to develop its missile-defense system. «We don`t want confrontation, particularly with such a global power as the United States,» he said, but at the same time, he criticized what he described as the «destructive» U.S policy of targeting Russia with sanctions.

He said Russia wanted friendly relations with the United States and remained open for arms-control talks with Washington. Vladimir Putin added that some U.S policymakers were «obsessed with U.S exceptionalism» before warning they should calculate the risks before taking any steps.

«It`s their right to think how they want. But can they count? I`m sure they can. Let them count the speed and the range of the weapons systems we are developing,» Putin told Russia`s political elite to strong applause.

On February 2, the United States launched the six-month process to leave the INF Treaty, after Washington and NATO repeatedly accused Moscow of violating the accord by developing the 9M729 cruise missile, also known as the SSC-8.

Russia, which denies the accusation, said it was also withdrawing from the INF Treaty, which banned both countries from developing, producing, and deploying ground-launched cruise or ballistic missiles with ranges between 500 and 5,500 kilometers.

Russia`s weapon systems will be capable of striking not only missile launchers, but also at decision-making centers. Russia will either survive as a sovereign state or it won`t exist at all. «Some countries can exist as vassals, but Russia cannot,» Putin said.

Putin also promised tax breaks, lower mortgage rates, and housing subsidies for families with several children. The tax burden on developers will be eased to encourage them to expand housing construction, he said.

Putins`s speech comes amid anxieties among Russians about the state of the economy, emerging from a recession largely caused by Western sanctions and low oil prices, but it’s not the first and last time we will hear him talk about Russia in 2019.

The address is one of three regularly scheduled national appearances Putin makes each year. The others are question-and-answer session with the public and a stage-managed annual press conference.

Tagged as Putin, Russia, State of the nation speech, USA