The Chinese Giant Alibaba that pulled off one of the biggest IPO`s in Wall Street`s history last year is partnering with Israeli venture capital firm JVP (Jerusalem Venture Partners). It is so much negative talk about Israel in the media, so why are Alibaba doing this?

This year it is 70 years since the Holocaust and the first genocide since the world war II was found in Bosnia in 1992. Thousands of Bosnian Muslim men and boys were killed, and it was «ethnic cleansing.» U.S Assistant Secretary of State Richard Holbrooke called Bosnia «the greatest failure of the West since the 1930`s.» It`s too much hate in Europe today. 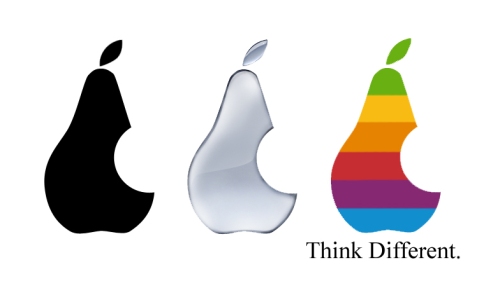 The Chinese giant Alibaba is partnering with JVP which have $1 billion under management, attracted Alibaba`s attention with several of its recent «wins», exits for companies like security firm CyberArk and CyActive.

CyActie was recently bought by Paypal for $60 million and CyberArk was listed on Nasdaq in 2014. Some 20 JVP-invested firms have achieved exits since the company was established in 1993. In 2012, JVP was ranked as one of the top ten VC`s in the world.

JVP has had other notable successes, including early support and investment for XtremIO, which was sold to EMC in 2012 for close to $500b.

Alibaba has already invested $5 million in Visualead which is an Israel start-up that develops QR code technology. The investment with JVP will give Alibaba entrèe to the heart of the top technologies being developed in Israel today.

Israel`s most important tech industries is the cyber-security field and the world-wide market for cyber-security products, services and technologies was currently worth about $80 billion annually and rising, and Israel had about 10% of that. That makes Israel a power in cyber-security with great talents and great resources.

Accompanying the Alibaba executives who closed the deal with JVP is a group of Chinese investors and corporate executives, including Jason Lu, VP and Chief Risk Officer of Alipay, a subsidiary of Alibaba and one of China`s largest online payment firms.

Many of the world`s biggest companies are looking to Israel. Apple, which began operations in Israel in 2012 has about 700 employees in Israel, but work with more than 6,000 Israelis. Apple`s Herzliya R&D center is the second-largest in the world.

Along with hiring more Arabs, Israel has been encouraging tech companies to hire more woman and ultra-Orthodox Israelis. Increasing diversity in the workplace was a lesson Israel could learn from Apple. Keep in mind that Steve Job`s father was an Arab, born in Syria. Steve Jobs died in 2011, at the age of 56.

«True innovation can only result from full access to education for all, regardless of race, religion, or sex,» the president Rivlin said. Diversity is also an important issue to Cook himself.

Apple is one of the few companies that publishes a statistical breakdown of the gender and ethnic background of employees. Looking at diversity as «going far beyond the traditional categories of race, gender and ethnicity.

“It includes personal qualities that usually go unmeasured, like sexual orientation, veteran status, and disabilities. Who we are, where we come from, and what we’ve experienced influence the way we perceive issues and solve problems. We believe in celebrating that diversity and investing in it,” Tim Cook said.

Israel is very important to Apple and Tim Cook said that «Apple is in Israel because the engineering talent here is incredible. You guys are incredibly important to everything that we do and to all the products that we build.»

India`s Tata Group is the lead investor in Tel Aviv University`s Technology Innovation Momentum Fund worth $20 million. The Indian Wipro has set up a Venture Capital arm with a war-chest of $100 million.

The Indian IT-giant Infosys announced the acquisitions of Panaya. An Israeli automation technology provider for estimated $200 million. Infosys is a global leader in IT-consulting and outsourcing. Their market cap is 41,01B.

They are looking for innovations that would give the company an edge over other global competitors. They reported a revenue of $8,25 billion in 2014 and shored up its existing start-up fund to $500 million.

Human Capital and Team Work is the future.