Some people do not understand how WhatsApp can be worth $19 billion, but CEO Mark Zuckerberg say it is worth more than that. How is that possible? What do Mr Zuckerberg see that others don`t see? 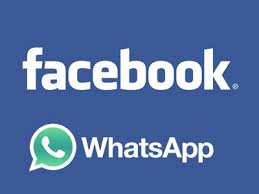 The revenue in WhatsApp is $20 million (2013), which means Facebook has paid 950 times the revenue. This means that Facebook is paying $42 per WhatsApp user. The Facebook value per user is $170. Facebook’s revenue per user (ARPU) is $6,73, while WhatsApp generates $1 per user annually after one year free subscription.

This deal gives WhatsApp the same valuations as Gap Inc, and half of the value of Twitter Inc. Half-a-billion people are using WhatsApp for messaging and, and the engagement of the app is huge on mobile by far.

It seems like Facebook’s goal is to collect as much people as they can on a few mobile and tablet apps. As long as they have billions of people engaged in their apps, they will be attractive to marketers which is paying their wages.

WhatsApp have low revenues today, but Mr Zuckerberg say it would be worth more in the future. This is a strategic value. He saw a huge business potential to double its users and its fit with Facebook. In addition; Mr Zuckerberg are seeking more phone companies as partners to connect the people.

It sounds like Nokia`s vision: «connecting people». Nokia was the worlds nr.1 mobile company. As you already know, the wind changed, and you know the history of Steve Job`s fantastic company Apple. The world`s biggest company!

It`s difficult for some people to see why they should use WhatsApp. There are so many alternatives out there, and they have been there for many years. I personally do not use WhatsApp. I don`t know other people who use it either.

I spend many hours on skype every week. Everyone I know from China use skype and its free. WhatsApp is free only the first year, and then it cost $99 cent. Why should people around the world use WhatsApp and pay for it when others like Skype is for free?

The trend now is that the mobile operators don`t sell SMS or phone calls anymore. Its free! How do they earn money? They sell online traffic. That`s the new product. Come on Facebook. Come on Mark Zuckerberg; this is not innovation! But if everyone use WhatsApp in the future; I have no choice.