January is behind us, and that was not a good start of the year. The Dow dropped down on friday and are now contributing to a -5,3% January slide, while S&P are trading -3,6% lower. January was a red month.

79% of the S&P companies have reported better than expected, but that haven`t helped the markets in January. Earnings reports this week along with jobs reports on Friday will be important reports to follow.

Earnings reports continue this week, and some reports to watch this week is Twitter (TWTR), Yelp (YELP), Pandora (P), Bally Technologies (BYI), and LinkedIn (LNKD). I look forward to Twitter`s report (02/05/2014). EPS forecast is -$0,1. This will be their first earnings report since they went public. What about a big surprice?

Twitter signed a contract with International Business Machines (IBM) on friday. They acquire 900 patents, and entered into a cross-licensing agreement with the company. The deal with IBM will give Twitter “greater intellectual property protection and gives us freedom of action to innovate”, they said.

It seems like Twitter is following the same strategy as their rival Facebook. IBM have 41.000 patents and have also sold patents to Google to help the internet giant protect in the patent wars among smrtphone makers. IBM also sold 750 patents to Facebook. The licensing revenue for IBM is approximately $1 billion a year (1% of sales). 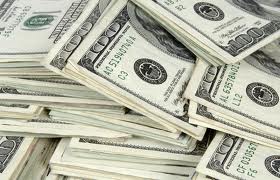