On Thursday 31, it is 20 years since the tragic death of Princess Diana in Paris. The question is: was it an accident or a murder? The more you scrutinize this case, the more you realize that something is terribly wrong in this world.

Princess Diana was beautiful and extraordinarily popular royal figure. She was a fashion icon. She was the people`s princess, but also big business for the mainstream media. The press was a huge part of her life, but unfortunately, also a huge part of the story of her death. 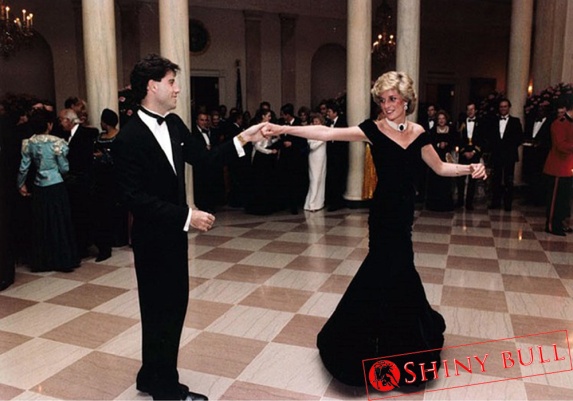 Princess Diana died on 31 August 1997. She was fatally injured in a car crash in the Pont de I`Alma road tunnel in Paris. Nobody knows exactly what happened in the tunnel and there is a lot of conspiracy theories out there.

Diana died along with her driver Henri Paul and her companion Dodi Fayed. Bodyguard Trevor Rees-Jones was the only survivor, but he was also the only one with seatbelt on.

An inquest jury at the Royal Courts of Justice in 2008 ruled the couple were unlawfully killed. The ruling blamed the deadly crash on the «gross negigence» of driver Mr Paul and the paparazzi who had been hounding their car. It found alcohol had impaired Mr Paul`s judgement and that Diana and Dodi may have survived if they had worn seatbelts.

Many people doesn`t buy this story.

Every person who talked to Henri Paul that night has said that he did not appear intoxicated before the crash. Cameras on Ritz hotel taken only minutes before take off showed that Henri Paul was not drunken as a pig but normal.

Blood samples apparently taken from Henri Paul after the crash, showed that he was hopelessly drunk, but interestingly, the blood contained a medicine called Albendazole, which Henri`s doctor said he was never prescribed.

Even more bizarrely, the same batch of blood samples contained no trace of another medicine named Acamprostate which Henri had been prescribed. Did someone switch the blood sample?

Mr Paul`s friend Claude Garrec has attempted to defend the chauffeur. He claims Mr Paul passed an aviation medical test 72 hours before the crash and has dismissed suggestions the chauffeur was an alcoholic or suffering from depression.

«If Henri was an alcoholic and depressive how was this signed by a doctor just three days before he died? And one particularly strong memory for me was the message on a wreath at his funeral, «We are not fooled.»

Mr Paul was a pilot for 20 years and had to pass strict medical tests annually, including blood and liver tests, and I flew with Henri in his plane dozens of times, Claude Garrec said. His wife and his daughter were also with them at night and in foggy weather. They wouldn`t do that if Henri was mentally unstable.

First of all; why in the world did it take 1 hour and 45 minutes to get to the hospital?

Normally it takes only 11 minutes in rush hour. At night, when the accident happened, it would have taken only a few minutes, but they didnt drive directly to the hospital. The ambulance driver was ordered by the onboard doctor to stop and park outside Paris Natural History Museum, because Diana was in critical condition.

The ambulance driver parked there for more than 10 minutes. The hospital entrance was in plain view of the parked ambulance, but no one rushed over to help. They waited too long and Diana died.

Against all French laws, immediately a team of embalmers illegally embalmed Diana`s body, whilst it was still worm. This made any post-mortem examination extremely difficult to perform. Therefore doctors were unable to find out if there had been any tampering with her body during the ambulance journey.

All 24 road traffic cameras on the way from Rits Hotel to the tunnel was not working at the time Diana were driving there. Coincidence?

The same happened the day Michael Jackson past away. Coincidence?

His brother Jermine Jackson said all the cameras was out of function the day Michael Jackson died. He said someone is behind it, and that he want to know the truth.

Michael Jackson often said to his friends not to let him be at the hospital if he was sick. They will kill me, he said. He often said that someone was after him. The same can be said about Diana. Lawyer Michael Mansfield is suspicious after police did not react more strongly to a note Princess Diana had written in which she claimed someone was plotting to kill her. This is also what Michael Jackson said, according to his sister Latoya Jackson.

Michael Jackson said very often that his job is to help people. He was helping sick and poor people and he was taking care of many children. He was also a very good father figure. He was simply a person that everybody loved and still love. But so is it with Diana.

Diana was the patroness of charities and organisations working with the homeless, youth, drug addicts and the elderly. She was often seen visiting children afflicted with cancer or battling debilitating diseases requiring surgery. Diana was also the patron of HALO Trust, the world`s oldest and largest landmine clearance organization.

She did a lot of charity works, visiting terminally ill people over the world, leading campaigns for animal protection, AIDS awareness and against the use of inhumane weapons.

Five days after Diana`s death, Mother Teresa died. Another person with a lot of charity work. «I was to leave the convent and help the poor while living among them. It was an order,» she said.

In her words, I would care for «the hungry, the naked, the homeless, the crippled, the blind, the lepers, all those people who feel unwanted, unloved, uncared for throughout society, people that have become a burden to the society and are shunned by everyone.

Mother Teresa, known in the Catholic Church as Saint Teresa of Calcutta, had a heart attack in Rome in 1983 while she was visiting Pope John Paul II, better knows as Saint John Paul the Great by some Catholics. Mother Teresa died 5 September 1997.

Media were stalking her 24/7/365, but so was it for Michael Jackson. They both died young but many people won`t buy the story of an accident. They both said very often that “they are going to kill me.”

Diana didn`t do it easy for her self. She found a new partner and that partner was her former bodyguard; Dody Fayed. The son of Mohammed Al-Fayed which is the owner of the Paris Ritz hotel.

Dodi Fayed was a muslim. So is it with Jermine Jackson. We know that there is a huge problem with religion in this world. We know France and Paris` attitude to muslims. And we know what have happened in Paris lately.

A year before Michaels death, there were rumours about Michaels religion. The Sun and New York Post claimed that Michael Jackson had converted to Islam, but according to British popstar Yousef Islam (Cat Stevens), he didn`t have any kind of conversation ceremony with Michael.

Diana is very different from all other women, but seems to be very similar to Princess Elisabeth of Hesse and by Rhine (1864 – 1918). Elisabeth was also very beautiful and extremely popular among the people.

She was also famous in Russian society for a charitable works among poor, but in 1918, Lenin ordered the Cheka to arrest Elisabeth. A few Bolshevik (Communist party) workers took all her money and everything she had and killed her.

Her remains were removed further east and to China before being ultimately taken to Jerusalem, where she were laid to rest in the Church of Maria Magdalena.

Elisabeth was canonized by the Russian Orthodox Church Outside of Russia in 1981, and in 1992 by the Moscow Patriarchate as New Martyr Yelizaveta Fyodorovna (Princess Elisabeth). She is one of the 10 20th-century martyrs from across the world who are depicted in statues above the Great West Door of Westminister Abbey, London, England.

Diana`s accident happened in Paris. A city since Beaumarchais and Voltaire that is often referred to as La Ville Lumière (The city of light). Both because of its leading role during the age of Enlightenment.

That has lately become a dubious honor.

Cambodias leader Pol Pot and his friends grew up under the French Colonial Empire and was not inspired by communist Stalin or Mao. They all went to school in Paris in the 1950s, and Cambodia`s Revolution, and all their ideology came from Paris. The city of light. A city were Red Khmers was born.

According to several sources, interviewed by EIR, the Paris Police Prefect (police chief), Philippe Massoni was in the tunnel, and French interior minister, Jean-Pierre Chevenement, was at the Pitie Salpetriere Hospital prior to the arrival of the ambulance carrying Princess Diana.

French media reported that, along with Massoni, other top-ranking French officials were also at the tunnel, including Patrick Rioux, chief of the Judiciary Police, and Martine Monteil, head of the Criminal Brigade.

All those officials of high-ranking French government officials placed them in charge of the so-called rescue effort.

The evidence shows that Princess Diana`s death was almost certainly the direct result of criminal negligence by these French authorities. She could have received life-saving attention earlier and probably survived.

French authorities have systematically suppressed evidence, intimidated and gagged key witnesses, badly bungled the most vital forensic test, and prevented any outside agencies, including the families of the deceased, from even raising questions about the conduct of the French officials handling the investigation.

The cumulative effort of all the falsehoods, each tracked back to French government sources, has been ruthless cover-up on the part of the French.

This case would have resulted in manslaughter prosecution of the responsible officials had the crash occurred in the United States.

A President that is fighting against the establishment which is on the left and right side and also in the mainstream media. Trump is also the President that found the word: Fake news.

In 20 years we have seen so many cover-ups and fake news about the accident i Paris. People want to know the truth, but still today, media is not telling the truth.

Lawyer Michael Mansfield said there is a good reason to suspect the Paris incident was not accidental and calls for a fresh investigation into the fatal crash.