The oil price has plummeted. So has the stocks in this sector, but where is the bottom for the oil price. And what about all the companies that are struggling because of the low oil price? I will take a closer look at Halliburton Company this time.

They postponed the earnings call and the company is set to report first-quarter earnings 2016 on Tuesday May 3.

Halliburton`s stock peaked in the summer of 2014 at about $70, but that was then. The stock has, like many other stocks in the same sector, plummeted, trading at about $40. When it comes to earnings, Halliburton have surprised investors with a positive earnings surprise of about 30% last quarter.

Halliburton Company is a provider of services and products to the upstream oil and natural gas industry. The company operates under two divisions, which form the basis for its two operating segments: the completion and production segment, and the Drilling and Evaluation segment.

Their business is positively correlated with the oil price, and they support upstream companies that include drilling firms setting up their oil and gas wells. It speak for itself. The lower the oil price, the lower the demand for oil field services firms it will be.

Todays low oil price is not good for the energy sector and so is it for Halliburton and their upstream operations or oilfield services players in the same sector. Therefore, it can be difficult for them to increase the earnings this time.

Halliburton`s market cap is $35,72 billion, and the company conducts its business in approximately 80 countries. But they want more. They want to grow and find a new business combination to deliver benefits for shareholders, customers and their employees.

In November 2014, Halliburton announced the Baker Hughes takeover in a bid to better compete against its competitor and industry leader Schlumberger Ltd. The deal could be great for Halliburton, but merger watchdogs from Washington and Brussels wanted it different.

On Sunday, May 1, the merger plan collapsed under the weight of worldwide antitrust opposition. EU`s Vestager says firms’ customers warned of risks of deal. They tried to get approval from regulators in the U.S, EU, Australia and Brazil, but Halliburton and Baker Hughes failed to overcome concerns shared by watchdogs who claim that the deal would reduce choice in oilfield services, and that in turn would push the oil and gas prices higher for the consumers. The $28 billion deal ended on Sunday May 1.

U.S Justice Department chief Bill Baer said in April that the problems were «unfixable» for a transaction critical to the American economy. Investigators in the country identified 23 markets where they said the transaction would create a duopoly with market leader Schlumberger.

Australia`s competition watchdog raised concerns in October last year. They said the merger might shrink the number of suppliers for oilfield goods and services, particularly offshore drilling. They said the proposed acquisition «may create conditions that would facilitate coordinated behavior» in the oil-services market.

Schlumbers are the global leader, while the two U.S companies in the planned merger are number 2 and 3 providers of equipment for oil and gas exploration and production required approval internationally.

EU`s Competition Commissioner Margrethe Vestager said Monday, such services are crucial to «ensuring competitive energy prices for consumers and companies across the EU.»

«Today`s outcome is disappointing because of our strong belief in the vast potential of the business combination to deliver benefits for shareholders, customers and both companies’ employees,» said Martin Craighead, Chairman and CEO of Baker Hughes.

Halliburton will discuss the termination of the merger agreement during its previously scheduled conference call on Tuesday, May 3, 2016, at 8:00 AM Central Time (9:00 AM Eastern Time). 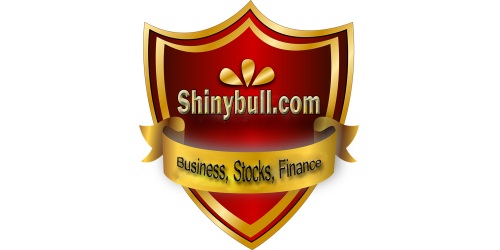