The competition in the music streaming service market is hard and no one is earning money. Spotify is the biggest and have been in the market for nine years, but they are also losing money. Deezer are small but they are still alive.

When will Apple lauch their new music streaming service? 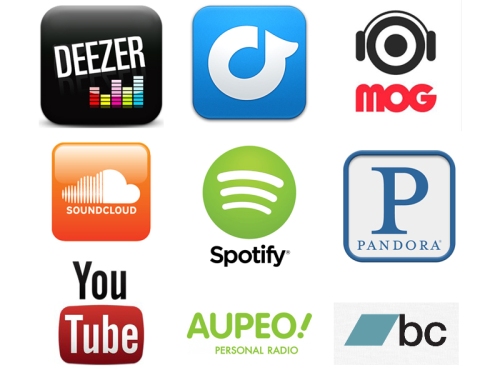 There are many rumors out there and some say it will be released at the end of May. Others say in June. According to 9to5Mac, Apple`s new streaming service will launch at WWDC, Apple`s annual developer conference in June.

They also said that Apple will launch their new streaming service as high as $7,99 per month. That is not good news for those in this business while they are still losing money. Apple is big and can afford to lose money, but what about the rest in this market?

Their service will launch as part of an iOS 8.4 upgrade for the iPhone, iPad, and iPod touch. It is a revamped version of Beats Music and it will be woven into the iTunes platform with cloud-based libraries and other musical recommendations.

According to Re/code, the streaming service may be only accessible behind a pay wall, ending the «freemium» model that Spotify and others currently use. Companies as Sony Music, Warner Music Group and Universal Music Group have all expressed support of discouraging freemium streaming services, citing the difficulty of converting free users to paid ones.

This is all an interesting approach.

But what about RDIO`s launch of their new $4-a-month streaming service offering for 25 songs a day? The competition in the music streaming market is likely to ramp up a notch very soon, and Apple will probably start this competition by lowering the price.

The Swedish streaming music service will answer and start a subscription of $0,99 for three months. Spotify can`t afford to lose money in the long run. As you probably know, Taylor Swift left Spotify because she didn`t earn money. She said:

The music can`t survive if you don`t pay for it.

Apple has also started the war of the streamers by exclusive deals with Florence and the Machine and many other artists. They have also hired the star English DJ Zane Lowe to join the Apple team, probably to help with music curation and creating taste-based channels.

Many competitors want to end Spotify`s free tier and Taylor Swift and Apple is not the only one. Spotify has 15 million paying subscribers and boasts about 45 million ad-supported users. Spotify Premium offers unlimited ad-free listening, offline listening, and higher quality audio streaming than the ad-supported version.

Spotify had a banner year when it comes to mobile streaming their mobile ads revenue jumped 380 percent in this first quarter over the same period last year. Spotify`s ad revenue has a long way to go before they can become profitable, but the clock is ticking…..