Something tells me that the sportswear king Nike (NKE) is still a growth company. Earnings per share is still increasing and so are their revenue for the past two years. In Nike`s two most recent three-month periods they has posted YoY earnings growth of 27 percent and 25 percent.

But Nike have great competitors. As a sports fanatic I have Nike`s biggest competitors on my radar. One of them is the well know brand Adidas (ADDYY) and the other one is a brand that not everyone is familiar with; Under Armour (UA). 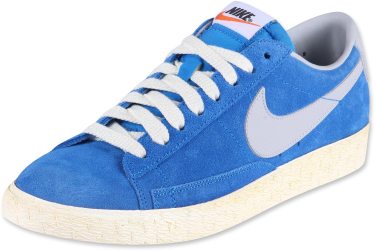 Under Armour and Nike is both big and dominant in the U.S, but Adidas is more likely to be considered Nike`s equivalent in Europe. Adidas was on the news yesterday as they says they won`t bid on renewing a supplier deal with the NBA.

That leaves Nike and Under Armour as the two companies likely to make an aggressive play to land the high-exposure NBA deal. The decision from the German company could tip-off it will focus in different areas in the U.S after it lost considerable basketball market share over the last few years.

It is expected to see an intense bidding expected on next NBA contract, and Nike and Under Armour are two of the biggest companies to bid on the new contract which starts when Adidas’ contract runs out after the 2016 – 2017 season.

Nike and Under Armour have both shown explosive growth over the past few years, but who are the best plays? Nike has a much better valuation than Under Armour and Nike returns more money to their investors. Nike also controls endorsements in the NBA.

The demand in the sportswear market has increased. One of the reasons is the decline of Adidas. Nike`s shares have returned 22,7% 1Yr. Under Armour was climbing faster, returning over 50% in 2014.

The most bullish analyst has their estimate at $111. The one year price target on a consensus basis is $105 or around a 9% upside to a recently traded price. Some other similar stocks include Crocs, Deckers Outdoors and VF Corp.

Most of the caution on Nike is focused on the impact of F/X translation. Earlier this month Nike announced it will launch partnerships with Garmin, TomTom, Wahoo Fitness, and Netpulse in an effort to broaden the Nike+ running community.

The development follows in line with a plan of Nike to focus on the app/software side of fitness over hardware.

Nike has 48 teams in the tournament, including two wearing the Jordan Brand logo. They had 45 in 2014. Adidas is down to 11 teams which is down from 18 in 2014. Under Armour increased presence in basketball with the company`s logo on the uniforms of six different teams in the NCAA college basketball tournament. They had just one in 2014.

Tagged as Adidas, Nike, Under Armour