India is the leader 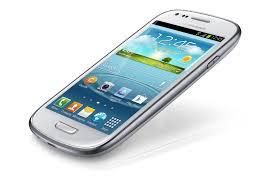 India is growing! So are the smart phone sales. It skyrocketed in 2013 and 44 million shipments is a big jump compared with 16,2 million a year earlier. The growth is expected to continue in 2014. The Indian consumer is expected to consume four times the amount of mobile data per month, contributing to the 10-fold growth prediction in mobile data traffic between 2013 and 2019.

It’s expected to see a shift in 2016, as the networks will go from GSM to 3G and 4G, and that will help cellular Machine-to-Machine (M2M) devices to grow significantly. 3G and 4G will represent the majority of active cellular M2M subscriptions in a few years.

China`s TCL Communication is preparing to launch 4G phablets in a tie up with Reliance Jio Infocomm, which is likely to roll out its much-awaited high-speed data and voice services in Q2 this year.

TCL Communication is listed on the Hong Kong Stock Exchange and part of China`s TCL Corporation. They sell smartphones under Alcatel One Touch brand. The Chinese company bought the Alcatel phone business in 2005. A phablet is a mobile handset with 5 to 6,9 inch screen size.