China`s success is driven by the U.S investment but America`s days of helping rebuild China are over

We all know that the U.S economy is very strong and what Trump have done so far at the White House have boosted the economy. Pence said in a speech yesterday that the U.S has the strongest economy in the history of the world.

Not only that. Trump is also the first president to actually stand up to Communist China. “President Trump understands the Chinese like no president understood them, and he`s very good at dealing with gangsters,” former activist jimmy Lai said. Now, Beijing and Washington are working to resolve their differences.

Pence said he hoped the U.S could make a deal with China very soon. But he also said that America`s days of helping rebuild China are over. The Communists has been growing fast since the dot-com-bubble in 2000, and Pence said most of their success is driven by the U.S investment in China.

Trump have many times said that the U.S have rebuilt China over the past 25 years. But those days are over. History will show that president Donald Trump have changed that narrative forever.

“No longer will America and its leaders hope that economic engagement alone will transform Communist China`s Authoritarian State into a open and free society, that respects private property, the rule of law and international rule of commerce,” Pence said in his speech.

Instead, he said, “president Trump now recognizes China as a strategic and economic rival.”

Over the past year, president Trump have taken bold action to correct the failed policys of the past. All the strengthens America. All this to set America`s relationship on a fair and constructive course. All this for the good of both nations. And the rest of the world.

«Today we celebrate Dr. Martin Luther King, Jr. for standing up for the self-evident truth Americans hold so dear, that no matter what the color of our skin or the place of our birth, we are all created equal by God,» the president tweeted. 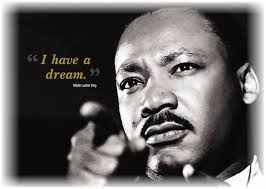 Martin Luther King Jr was assassinated in 1968, but it took 15 years to create the federal Martin Luther King, Jr. holiday. Congress passed the holiday legislation in 1983, which was then signed into law by President Ronald Reagan.

A compromise moving the holiday from Jan. 15, Kings birthday, which was considered too close to Christmas and new years, to the third Monday in January helped overcome opposition to the law.

In 2000, Utah became the last state to recognize MLK Day by name, renaming its Human Rights Day state holiday. King was the chief spokesperson for nonviolent activism in the Civil Rights Movement, which successfully protested racial discrimination in federal and state law.

While many states now observe the holiday, some did not name the day after King. For example, in New Hampshire, the holiday was known as «Civil Rights Day» until 1999, when the State Legislature voted to change the name of the holiday to Martin Luther King Day.

A lot of people around the world share Kings idea of «dreams», but some people on this planet think they could kill the dream by slaying the dreamer, but as the example of Martin Luther Kings life shows; People like that are always wrong.

The civil rights movement was a decades-long movement with the goal of enforcing constitutional and legal rights for African-Americans that other Americans already enjoyed. Various groups and organized social movements accomplish the goals of ending legalized racial segregation, disenfranchisement and discrimination in the United States.

People around the world have been marching on the MLK Day every year the last 50 years, and now we can see similar movements are happening in France. Some of the Yellow Vest protesters in France are Anti-fascists and Anti-racists. You have to be blind to not see that France have the same challenge even today, fifty years later.

Mike Pence quoted King on Sunday during an interview with CBS. «One of my favorite quotes from Dr King was, «Now is the time to make real the promises of democracy,» Pence said. «You think of how he changed America, he inspired us to change through the legislative process.»