Digital wallets is not something new. It has already been on the market for a while, but only a small portion of customers use them. McDonald`s, PayPal, Google, Starbucks and Square to name a few of them offer their own services with contactless payments. 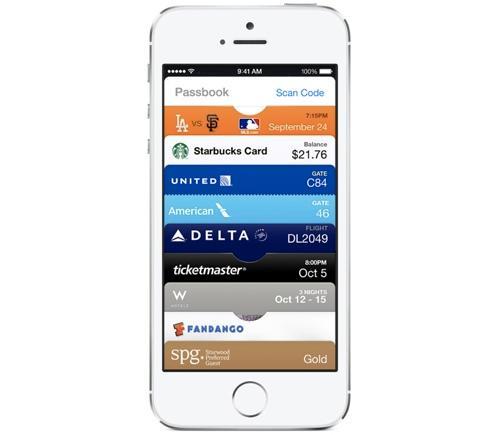 Security is the key and this is Apple`s challenge right now. They must convince the customers that the transactions are safe. It also creates a tough challenges for governments around the world.

A digital wallet can be a simple phone app, just like the cash in your pocket. It doesn`t require accounts with any intermediary. It can be written by anyone, downloaded by anyone and secured and maintained by everyone.

What about the tax implications. If you get caught cheating on your taxes and flee the country, the government could compel your bank to freeze your assets and cough up the money, but what if there is no bank?

Apple Pay with its presence on millions of iPhones and its advanced security features could be the service that leads to widespread adoption of the digital wallet. The total sum of mobile payments could skyrocket and grow from $1 billion last year to about $60 billion by 2017.

About 220,000 stores are set up to accept Apple Pay. That is only 5,5% of the 3,6 million retail locations in the U.S. Wal-Mart and Best Buy are not participating in Apple Pay so far, and the main reason is cost.

Let`s take a look at some of the company`s in this digital wallet universe so far.

Square Inc
is a financial services merchant services aggregator and mobile payments company based in San Francisco, California. The company was founded in 2009 by Jack Dorsey and Jim McKelvey. They launched its first app and service one year later in 2010. They have 600 employees.

Square Wallet, before it was removed from the Apple App Store and Google Play Store earlier this year, allowed customers to set up a tap and pay for their order by providing their name (or barcode) using a stored credit, debit or gift card.

In March this year, Square announced it will start allowing sellers to accept bitcoin on their own storefronts through Square Market. The seller will take no risk on Bitcoin value fluctuations.

The Square Reader was the first product release by Square, and is used to accept credit card payments by connecting to a mobile device`s audio jack. Square`s original reader consisted of a simple read head directly wired to a 3,5mm audio jack, through which unencrypted, analogue card information was fed to smartphones for amplification and digitization. Square`s technology is PCI compliant and Verisign certified.

Square`s rival VeriFone claimed that the Square system was insecure in April this year. They claimed that a «reasonably-skilled» programmer could write a replacement app which could conceivable use the Square device to skim a credit card and return its details.

Square uses strong encryption on its devices, including SSL and PGP. Its cryptographic keys are at least 2048 bits in length. Card numbers, magnetic stripe data, or security codes are not stored on Square client devices. Square follows the guidelines issued by OWASP.

Earlier this year, Square launched Square Order, which allows users to make purchases in advance and pick them up at a predetermined time. The app replaced Square Wallet. The transaction fee for orders placed in the app is 8%, whereas Square`s normal transaction fee is 2,75%. It replaced Square Wallet, which Square discontinued, removing it from the App Store and Google Play in favor of Order, on 12 May 2014.

VeriFone
Is an American multinational corporation headquartered in San Jose, California. The company is founded by William «Bill» Melton in Hawaii, USA in 1981. VeriFone is a global provider of technology for electronic payment transactions and value-added services at the point-of-sale.

The company`s system solutions consist of POS electronic payment devices that run its operation systems, security and encryption software, and certified payment software, and that are designed to suit its customers needs in both consumer-facing and unattended environments.

The company`s PAYware Mobile solutions offer payment capabilities for all segments of the mobile POS environment, from retailers to small merchants.

Dwolla
is a U.S-only e-commerce company that provides an online payment system and mobile payments network. The company is founded by Ben Milne (CEO) and Shane Neuerburg (CTO), in Des Moines, Iowa.

Dwolla was founded in 2008 with services based only in Iowa. After raising $1,31 million in funding, they launched in the U.S on December 1, 2009. Dwolla is notable for its interest among users of Bitcoin.

PayPal
is an international e-commerce business allowing payments and money transfers to be made through the internett. Online money transfers serve as electronic alternatives to paying with traditional paper methods such as cheques and money orders.

PayPal is an acquirer, performing payment processing for online vendors, auction sites, and other commercial users, for which it charges a fee. On October 3, 2002, PayPal became a wholly owned subsidiary of eBay. Its corporate headquarters are in San Jose, California, United States at eBay`s North First Street satellite office campus.

Since July 2007, PayPal has operated across the European Union as a Luxembourg-based bank.

The PayPal money-transfer system was only months old at the time X.com acquired Confinity, but X.com founder Elon Musk was optimistic about its future success. Musk and Bill Harris disagreed on this point and Harris left the company in May 2000.

Musk made the decision that X.com would terminate its other internet banking operations and focus on the PayPal money service. The X.com company was then renamed PayPal and expanded rapidly in 2001 primarily as a result of its use on eBay.

Google Wallet
is a mobile payment system developed by Google that allows its users to store debit cards, credit cards, loyalty cards and gift cards among other things, as well as redeeming sales promotions on their mobile phone.

Google Wallet can use near field communication (NFC) to make secure payments fast and convenient by simply tapping the phone on any PayPass-enabled terminal at checkout. Google demonstrated the app at a press conference on May 26, 2011.

The app was released in the U.S only on September 19, 2011. On May 15, Google announced the integration of Google Wallet and Gmail, allowing users to send money through Gmail attachments. Like the main service, Google Wallet`s Gmail integration is also currently only available in the U.S, to those 18 or older.

Apple Pay
Apple introduced Apple Pay last friday and US banks are in a marketing race to persuade users to choose their cards as default option under Apple Pay. The product will be launched next month, which allow users to pay for products by tapping it against a terminal or opening an app when shopping online.

You simply use stored credit or debit card information to complete the transaction electronically, without having to type in payment details or shipping addresses.

Apple Inc is threatening the small companies and some smaller competitors fear they may lose out. PayPal is the biggest of them all, but this is so far. I have said it before, and want to say it again; Apple is the right company to make this payment system a success! This is big business.