The Anti-bail out party Syriza wins in Greece, and people call the left-wing party Syriza leader Alexis Tsipras a liar or Harry Potter, because they don`t know where he is going to get the money from. Tsipras says austerity era is over for Greece.

Syriza`s pledges is to rise the minimum wage by 29 percent and abolish property tax. In addition they will renegotiate write down on Greece`s debt. The coming weeks will be hectic for Syriza and the European Central Bank I think. The period of time between now and the end of february will be a key pivot point. 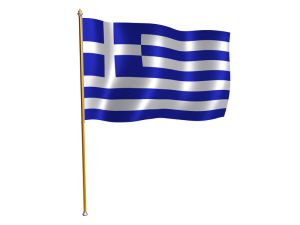 The growth so far in the U.S has not been what people expected. The growth is very slow. In Japan they say that QE doesn`t help. In the U.S they say that the economy is looking good now, but a record number of people are still on food stamps. What about the Eurozone?

Greece remains saddled with €240 billion in debt and it is not possible for them to pay. They have tried many different things to get back on track but without luck. They tried to rise the tax and do some cuts, but that was not enough to save them from a deep recession.

The new government will face a big problem from day one, as the creditor states have frozen $8,8 billion in loan disbursements. The present government has reached a $17,4 billion ceiling for bond sales. Eurozone finance minister will extend negotiations until September. Germany has warned the new government that it must live up to its commitments to its creditors.

Greece`s government bonds also fell after concern eased that a Syriza victory would trigger a euro exit. Weak economic indicators combined with Syriza can put more pressure on Greek stocks. Euro rebounds and all the global stocks are trading up today. The Stoxx Europe 600 rose 2,02% today and ended at 372,39 points.

Many people in Greece said they voted on Syriza because they want a change. They think that Syriza will change Greece and the rest of the world. The economy has collapsed, so there has to be a change. Big change.

Deflation and a collapsed economy is not only the problem in Europe today. Another problem is that people in Europe have hated each other for thousands of years. How can you succeed in a country with so much hate?

Tomorrow it is 70 years since Holocaust.

A big shame in Europe!