President Donald Trump has been accused for “treason” after his summit with Russian leader Vladimir Putin. Mr Trump was slammed for accepting the Kremlin leader`s assurance he did not meddle in US elections.

«Treason against the United States shall consist only in levying war against them, or in adhering to their enemies, giving them aid and comfort.»

In order to prosecute a case for impeachment, you have to have the underlying facts. Collusion is not the same as meddling, and using the term meddling to describe Russia`s attempts to influence U.S elections downplays the seriousness of the allegations.

Putin invited Robert Mueller to come to Russia and search for more evidence in this case, but it seems like he will refuse. Talk of impeachment began before Trump took office. Efforts began after a series of events in May 2017.

At the end of 2017, polls showed that more than 40 percent of Americans wanted Trump impeached. A December 2017 resolution of impeachment failed in the House by a 58-364 margin.

Immediately after Trump`s inauguration, The Independent and The Washington Post each reported on efforts already underway to impeach Trump, based on asserted conflicts of interest arising from Trump`s ability to use his political position to promote the interest of «Trump»-branded businesses, and ongoing payments by foreign entities to businesses within the Trump business empire as a violation of the Foreign emoluments Clause.

Following Trump`s dismissal of James Comey, multiple Democratic members of Congress discussed an “impeachment clock” for Trump, saying that he was “moving” toward impeachment and raising the future possibility of bringing forth articles of impeachment for obstruction of justice and criminal malfeasance, if proof of illegal activity were found.

President Trump fired FBI Director James Comey. An advance copy of Comey`s prepared congressional testimony was submitted to the Senate Intelligence Committee in which he said that the President attempted to persuade him to «let go» of any investigation into Michael Flynn.

This case brings me back to former President John F. Kennedy. A man who said he would break CIA into thousands of pieces. A man who very often talked about secret society`s, monolithic and ruthless conspiracy.

Wanted for Treason, is an infamous handbill circulated on November 21, 1963 in Dallas, Texas. That is one day before John F. Kennedy visited the city and was assassinated.

This handbill accused JFK for turning the U.S over to the communist controlled United Nations. They claimed he betrayed their friends like Cuba, Ketanga and Portugal.

JFK was accused for befriending enemies like Russia, Yugoslavia and Poland.

He has also been caught in fantastic LIES to the American people.

There are obviously many similarities between President Trump and JFK. Both of them lie. Both of them are accused for befriending America`s enemy; Russia. The handbill above is from 1963 and now we are facing the same.

Trumps attack on its own intelligence agencys is also what JFK did. He fired CIA`s spymaster Allen Dulles who was the darkest man on this planet. According to Politico, the CIA Director was part of the JFK assassination cover-up. John McCone was replaced by Lyndon Johnson and CIA even today say that McCone was withholding information from Warren Commission.

JFK came out with a warning in 1963. In his speech made by JFK before the American Newspaper Publishers Association, he warns the press about the secret societies that are the real power in global affairs.

The title of the speech is “The President and the Press,” and it is dated April 27, 1961 at Waldof-Astoria Hotel. Audience: The American Newspaper Publishers Association.

Another cover-up is 9/11, and nobody belive in Robert Mueller`s Saudi-cover-up. Most of the people belive it is an inside job. Russian Intelligence know much of what`s going in the world today. If a kid can hack Pentagon, then the Russian`s can.

What if they gave Trump information about the “Foggy bottom” (state dept)? Did someone say treason?

The Oxford English Dictionary defines treason as: “The crime of betraying one`s country, expecially by attempting to kill or overthrow the sovereign or government.”

Let`s face it; Fake news is a big problem. Not only for Mainstream Media and their journalists, but to the democracy and political pluralism. President Donald Trump know it is a big problem and he have done something with it.

He is not only Making America Great Again, but also the rest of the world. Mainstream Media is still full of lies and fake news, but many of them are much better today than only a year ago when Mr Trump was inaugurated. 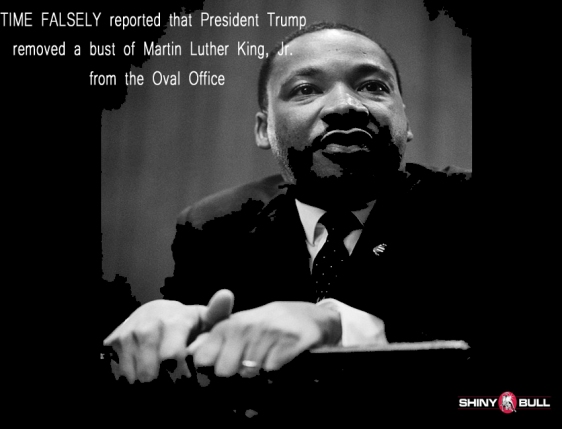 2017 was a year of unrelenting bias, unfair news coverage, and even downright fake news. Studies have shown that over 90% of the media`s coverage of President Trump is negative. This is strange because 2017 have been one of the best years ever.

You are probably one of them who dont like or belive in President Trump. Thats probably because you follow mainstream Media. Why? Because they spent 90% of the time focusing on negative coverage or fake news.

But did you know that Mr Trump has been getting results? Take a closer look at the list below:

President Trump continues the war on Mainstream Media. He has a collection of Fake News, and started a Fake News Award, and below are the winners of the 2017 Fake News Awards.

It is two things to watch out for tomorrow. First of all we have the U.K snap election, and then we have Former FBI Director James Comey who will appear before a Senate panel in his first public testimony since President Donald Trump fired him.

Theresa May shocked the world with her «emergency election», and the decision seems to be very odd. But there is no doubt that this election is all about “Brexit”. Boris Johnson said only May can fix Brexit.

This is very important to investors as the “Brexit” decision and the outcome of the snap election is a make or break in the market. Take a look at the market. Investors has poured billions of dollars into the European stock market.

The tension is high and there is no secret that someone wants to kill “Brexit”, and if they succeed, the market will crash and burns. The other outcome is when “Brexit” lives which means a huge rally for the rest of this summer.

Investors are on the edge again. The death of “Brexit” could plunge Europe into chaos.

According to BBC, there is a shift in the campaign patterns of both parties after a May U-turn on social care funding. But in the wake of the Manchester and London terror attacks national polling averages have shown that Mays Conservatives retain a solid lead over Corbyns Labour.

May`s majority can be wiped out with a 2 percent swing from the Conservatives to Labour and Labour will gain 10 seats. But we have learned from the polls before “Brexit” last year that the polls in the U.K is not perfect, which means a lot of things can happen.

In addition to the election, we also have the Popes private meeting with Britains top brass. A financial «Fault line» which is worth billions and ready to crack open on June 8. I`m not gonna talk more about that but rather say something about James Comey who will testify on June 8.

This is the first testimony since Hillary Rodham Clinton`s testimony to a House committee investigating the 2012 attacks in Benghazi, Libya. The Benghazi committee hearing came to an end after 11 hours.

Comey will speak to an open hearing of the Senate Intelligence Committee followed by a closed session. The hearing is part of the panel`s probe into alleged Russian meddling in the 2016 election and any possible ties between the Trump campaign and the Kremlin.

Comey was abruptly fired last month while overseeing the FBIs own investigation of alleged Russian interference. The White House has given shifting explanations about Trumps motives for firing Comey.

The administration initially said Trump acted on the Justice Department`s recommendation, though Trump himself later said he would have fired Comey «regardless» and was thinking of the «Russia thing» when he decided to do so.